So it is October now and with it comes everything fall. One major thing a lot of us, especially those with kids think about is Halloween. Having 4 kids here Halloween is a big deal. The best part, besides getting all the candy, is getting to decide what everyone will dress up as.

Growing up I remember a lot of my costumes. Of course I don't remember, but growing up in a Disney household my first Halloween I was Minnie Mouse. Wasn't I cute? 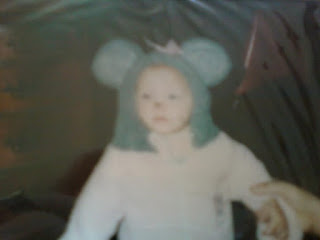 I don't remember specific ages really, but I remember at different ages being a clown, raggedy Anne, a witch, a vampire, a dog, a dead bride, and more that I can't even remember. 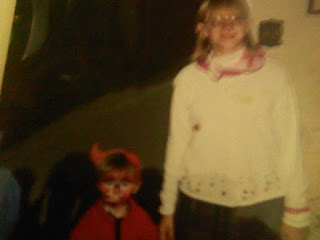 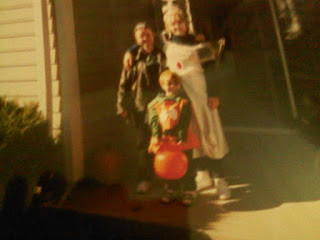 Of course now I am grown and have my own kids and they LOVE getting to pick out what to wear for Halloween. For my oldests 1st Halloween she was 5 months old and we dressed her up as a little Tinkerbell. That was 2010. By Halloween 2011 we had both my girls. My oldest, at 17 months was Pocahontas and my other daughter, who was 7 months, was a tootsie roll. 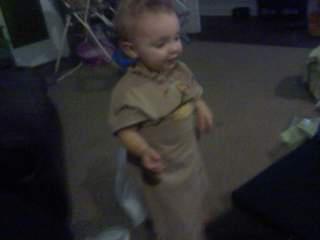 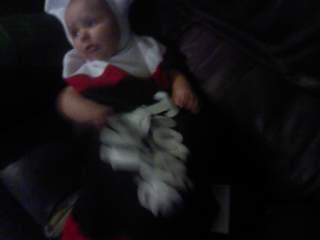 Then came Halloween 2012. I was super pregnant, it was just 8 days before I gave birth to baby #3 and my first son. My girls were tigers that year. I do know it was a chilly and yucky day. The next year 2013 I had 3 crazy kiddos to dress up. my oldest was Minnie Mouse, my other daughter was Spongebob, and my son was a Bengals football player. It was another cold yucky year. 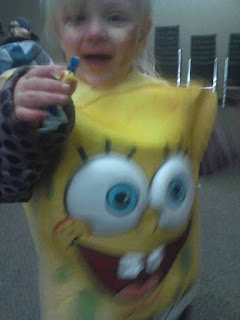 Next came 2014. I again was pregnant. Third pretty cold and yucky year in a row. Just went to the mall to trick or treat which has become part of our yearly tradition. I again can't remember what everyone was. I do remember my son was a race car driver and I think my one daughter was a princess . My oldest was a girly Mickey Mouse. 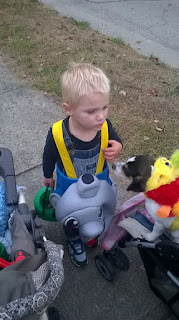 2016. Can't believe it's almost been a year ago already. My oldest was Simba from the Lion King. She loves the big cats. My other daughter was yet again Else from Frozen. My older son was Batman and my youngest was a monkey. 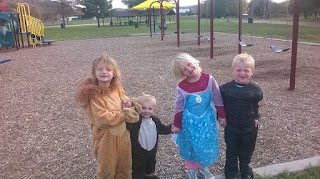 For this year everyone has made their decisions and costumes are bought. my oldest, who is now 7 is going to be Rainbow Dash. My other daughter, who is 6, has a new obsession of Harry Potter and has decided to be Hermione. She even plans on having a Harry potter birthday, which as a huge Harry Potter fan makes me happy. My older son, who will be 5 a week after Halloween, is going to be Jake from Jake and the Neverland Pirates. My youngest who is 2, chose to be one of his favorite characters, Mickey Mouse. We plan to keep our traditions of the 30 going to the other town we always go to and then on Halloween going to the mall and then around the town.