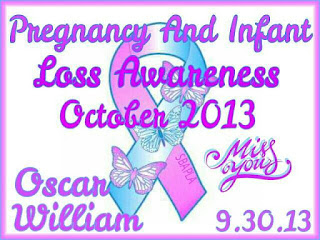 My story starts on Saturday's date a few years ago. September 28, 2013 started like any other day. I had 3 young kids at home and I was 16 weeks pregnant with #4. Bella was 3, Kaya was 2, and Louie was almost 11 months. My other 3 pregnancies had been relatively easy and drama free until later in the pregnancy, so when I felt a little crampy that night I didn't think much of it at first. I thought maybe I had overdone it or ate something wrong as I was feeling sick. I tried taking a bath to relax and I started to think maybe I had food poisoning or something. I kept feeling the urge to go to the bathroom so I tried and all of a sudden I felt something weird. I felt down and I could feel something that didn't feel right. Luckily my uncle lived upstairs and we asked him to watch the kids who were all sleeping so Lou could rush me to the hospital. 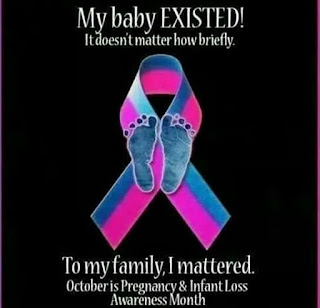 Once at the hospital they got me in quickly. After looking and using ultrasound and running some tests, they realized I was dilated about 4cm, I had a leak in my waters, and my bags of waters were hanging out. They told us at this point we were beyond being able to be helped and all we could do was wait. We were too far passed to be able to do a cerclage or anything but because I was only 16 weeks they couldn't do anything to speed it up either. I was admitted into the hospital around 2am September 29. I had visitors throughout the day, but I was also given medicine to pretty much knock me out so I didn't have to be in any pain or be aware of what was going on. Lou had to be home with the kids most of the day, but my parents came to visit, my grandmas came to visit, and the pastor came to visit. I was getting ultrasounds every few hours to check on dilation and to make sure the baby was still alive.

Around midnight September 30, the doctor said I could go ahead and push. At 12:08am on September 30, 2013 Oscar William Owens came into this world weighing 5oz and 7.5 inches long. They called his birth and time of death at the same time. That day my world came crashing down. We got to hold him and take lots of pictures. The hospital pastor came and baptized him for us. We got to spend as much time with him as we wanted. 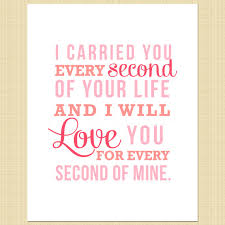 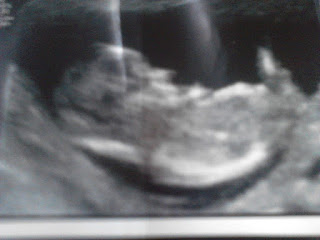 Today marks 4 years since Oscar came and left us. The pain is still there. We have our rainbow now, but it doesn't take away the what could have beens. We should be attending preschool activities and watching him grow, instead on this day we blow out some candles and release a balloon to the heavens and wait for the day when we will get to hold our baby boy again. Where we should have an active toddler, instead we have a box that holds our beautiful boys ashes. I am 1 in 4. Are you? Join us October 15 for Pregnancy and Infant Loss Awareness Day. Raise awareness and light a candle for the babies lost too soon. 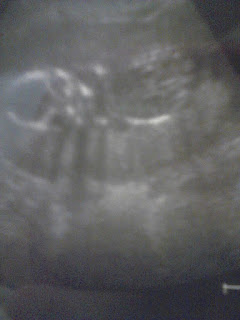 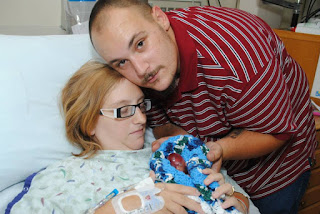