Today my husband and I celebrate 8 years of marriage. It sure has been a crazy 8 years. It has definitely had its share of ups and downs, but here we are.

Our story starts when we were kids. We grew up together as our grandparents were best friends. Our grandfathers were in the Masons together. Since they were friends we grew up around each other and always hanging out. We "dated" when we were in like middle school and talked some the first year or so of high school and then we lost touch with the busyness of high school and not living close to each other. We finished high school and I went away to college. I left my car at home while i was away and my grandparents had a new battery put in for me before I came home to get it ready for me to drive. My grandma told me that my now husband was the one who did it for me and had asked about me. I decided to give him a call and see how he was doing. We ended up starting talking again and on June 19, 2009 we started dating again. Things went really quick and in July we moved in together. Things felt so right and it felt like no time had passed at all. We got engaged in August and planned to get married in September 2010. About a month later we found out we were expecting our first child. We wanted to get married before the baby was born, so we decided to just get married by the Justice of Peace. The morning of October 19,2009 I went from Ashley Wood to Ashley Owens, and married my best friend. We were young (I was 19 would turn 20 in 2 weeks exactly, and he was 21), but we were ready for whatever would be thrown our way.

Just a few short months later, on May 25, 2010 we welcomed our first born, a baby girl into this world. We were so happy. We named her Bella.

We thought things couldn't get much better, but then about 2 months later we found out we were expecting again. It was unexpected, but we were super happy none the less. A few months after we celebrated 1 year of marriage and then 5 months later, on March 14, 2011 we welcomed our second daughter into this world. Her name is Kaya.

Having 2 little girls kept us very very busy. We were very happy though. We celebrated 2 years of marriage that October, which for us was a big step as a lot of people said we wouldn't last a year, but here we were at 2 years. At a year after Kaya was born we found out we were pregnant with baby #3. This time we hoped for a boy, but was told with 2 girls the chances were great for another little girl. On November 8, 2010, just 3 weeks after celebrating 3 years of marriage we welcomed our first son into this world. 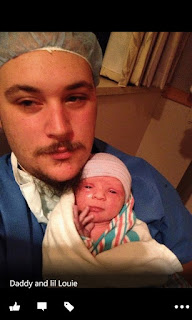 Things got very hectic after he was born as he was a sick baby and was in and out of the hospital the first year. This started to put a little strain on us, but we made it through again. When Louie was about 7 months old we got pregnant again. We hoped for another boy to even it out and decided we would be done after this baby was born. On September 30, 2013 just a few weeks before our 4th anniversary our world was flipped upside down and our marriage put to the test when we welcomed our son Oscar at just 16 weeks 5 days. Losing him was the hardest thing ever. This loss strained us, yet brought us closer. 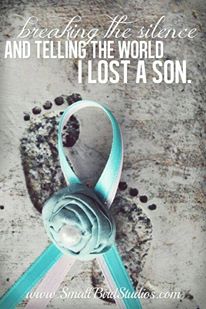 After 7 months we decided we were ready to try for our rainbow baby. It took 2 months and we found out we would be getting our rainbow.

This pregnancy was very hard on us. We had weekly appointments and at time appointments 2-3 times a week. Baby tried coming at 28 weeks and I spent a few days in the hospital trying to get him to stay. At 36 weeks we had some fluid level problems. Finally we made it and at 39 weeks 2 days on April 6, 2015 our son Silas was born.

We had our 2 boys and 2 girls and our little angel in Heaven. We decided we were done with having kids. As Silas got bigger we found out he had a lot of the problems that his big brother has. Between doctors appointments and therapies on top of regular life it really put a strain on our marriage. Things happened in this strain that shouldn't have happened and 9 months later on August 10, 2016 my adorable little stepson was born. We don't get to see him, but that's a completely different story. We made it through another big obstacle and came out stronger than ever. January 2016 our youngest got a diagnosis of Chiari and would put us through another big journey as a family and test us. In March he had brain surgery just a few days before his 1st birthday.

October of last year we celebrated 7 years together. We felt relieved to get to this point after everything we had been through.

This year has been another roller coaster ride of emotions. More diagnoses, me trying to find myself and doing things that again shouldn't have been done, but here we are today have survived another year. Today we celebrate 8 years of marriage. We have been on a major roller coaster ride the past 8 years, but I have the best copilot with me. We also have friends and family who stand behind us and I thank them for that. I hope to have many more years of marriage.